The ninth installment of the popular major series “Pokémon Scarlet & Violet” mixes the best parts of “Pokémon Legends: Arceus” and “Pokémon Sword & Shield” to launch the first open-world game for Pokémon, on November 18.

I know what you’re thinking. “Legends: Arceus,” which came out earlier this year, has often been described as an open world game even though it doesn’t quite resemble a hit like “Legend of Zelda: Breath of the Wild.” But from the hour and change in which I got to play Pokemon Scarlett, the open-world claims seem legitimate. This means you can run and not hit any invisible barriers – but then again, Nintendo marked a very specific corner of the map for these early gameplay games, and I was too busy trying to inhale brand-new Pokemon to put Corydon at high speed and scurry off into the deepest depths of Baldia.

Speaking of which: Koraidon and Miraidon, the two legends who appear on the covers of “Pokémon Scarlet & Violet,” operate differently than previous legends. The Pokémon that decorate the artwork for new games are usually hyper-powerful monsters like Kyogre, Dialga or Zacian, which you finally pick up after several hours of playing. But from very early in the game, you unite with the chosen Legend in your game, which you can use to move around. In “Legends: Arceus,” players can ride Pokemon like Braviary, Basculegion, and Sneasler to fly, swim, climb, or move faster. Koraidon and Miraidon work the same way, except that you don’t have to switch between Pokemon annoyingly. I think these legendarys are simply more skilled than poor Ursalona.

So, what’s new in “Pokémon Scarlet & Violet”? To be honest, the demo I ran seemed to be tailored to not give much away from what was already shown in the trailers. But I can reveal one key piece of information. As previously announced, you can make sandwiches with your Pokémon, similar to camping and making curry in “Sword & Shield”. And unfortunately, yes – you can actually feed her to see you Pork’s sandwich. I’m so sorry.

Paldea is inspired by the Iberian Peninsula (Portugal and Spain) — a little more exciting than when New York City-based Pokémon’s Black & White gave us Trubbish, a true Pokémon trash bag. Instead, we get cute little piglets like Lechonk, a play on lechon, the Spanish word for cooked ham (that’s why it was so horrible that I fed Lechonk a ham sandwich, it’s literally a hog, and the ham comes from pigs, and I’m really sorry, no I know what you want from me.)

Since it is an open world game, players can choose the order in which they can explore “Pokémon Scarlet & Violet”. There are three storied routes to explore in any order: Victory Road, Legends Path and Starfall Street.

Victory Road is your standard Pokemon story – you battle gyms, earn badges and challenge the Elite Four. Simple enough. But you also have to complete some side quests in order to make the gym leader challenge you. The grass-themed gym in Artazon, an art-themed town, requires the player to play hide and seek with a Sunflora crowd.

This is where the non-linear story can get deceiving – if you’ve already explored other events, will you simply get Prause out of Sudowoodo? Then again, we adults play a game for the kids. If you want a real challenge of gym fights, just play Nozlock Being. 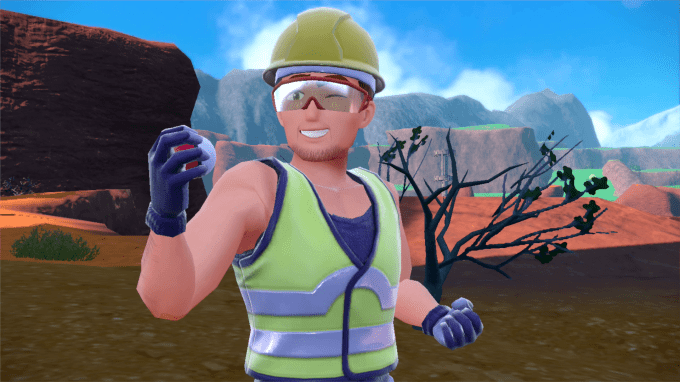 The Path of Legends course is similar to the boss fights in “Legends: Arceus”, but less frustrating. In “Legends: Arceus,” you had to throw balls of Pokémon’s favorite food (?) at them while dodging their fierce attacks. In the new games, you will be fighting especially strong Pokemon. But the big cliff I ran into before I completely drained his health, and I was told not to run after him in the demo, so hey. We might still have to throw food at our Pokémon after all. I am not looking forward to it.

Then there’s Starfall Street that occupies “Defeat the Bad Guys!” Part of your standard pokemon story. We first meet Team Star at a base not too far from Artazon. You have to ring the doorbell to get inside – I accidentally ran into my Koraidon, and Team Star didn’t accept it. Then, you complete another pre-battle challenge: you have 10 minutes to defeat thirty Pokémon, such as Vulpix, Torkoal, and Houndoom.

In previous games, KO-ing 30 Pokémon fast was difficult. But “Scarlet & Violet” lets you “auto-battle” with wild creatures, making the grinding process for leveling up less difficult. Does this improve quality of life, or does it take away your Pokemon rite of passage? Eh, we got over that once the experience was over. Participation has become overpowering.

One of the unequivocally useful life-improving items is Auto Healing, which uses items from your bag to heal your Pokémon and restore it to full health. Gone are the days of feeding Hoppip three different potions to restore 60 health. Like other modern games, you can also change your party’s Pokemon on the go. 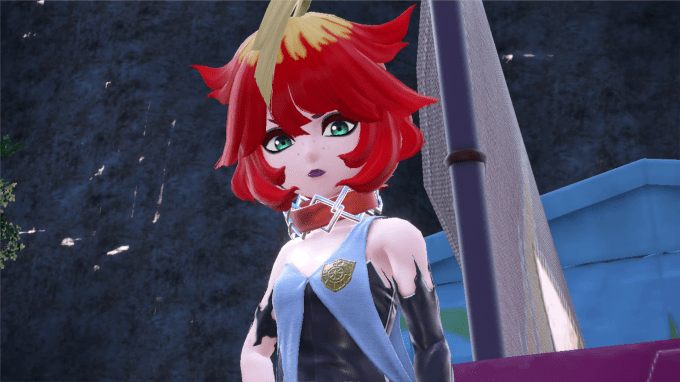 When you defeat those 30 Pokemon, Mela from Team Star challenges you to a battle against the surprisingly huge Torkoal, perched atop the Starmobile, a giant vehicle that wouldn’t be out of place in the Pride Parade. Even Game Freak complies with disco ball direction!

But here is where it gets weird. Once Torkoal is defeated, You can fight against Starmobile. I’ll leave it at that, for legal reasons.

I’ll admit: I don’t care about Mega Pokémon, Dynamax Pokémon, or anything else we thought was the next frontier for battling our silly little guys (although, the massive, shiny Gengar is a badass). Surprisingly however, Terastal Pokémon are really useful, adding a new element to the Pokémon fighting strategy.

When your Pokémon transforms into a new type, it takes on a new type. So, for example, Sudowoodo from Gym Leader Brassius switches from the rock type to the grass type. Not a strategic move for Brassius, who may be facing a fire-type Pokemon like Pawmi or Fuecoco. But imagine throwing a Pikachu into battle, only for your opponent to knock out a golem – if you can transform into an aquatic type, for example, you can probably win that match! 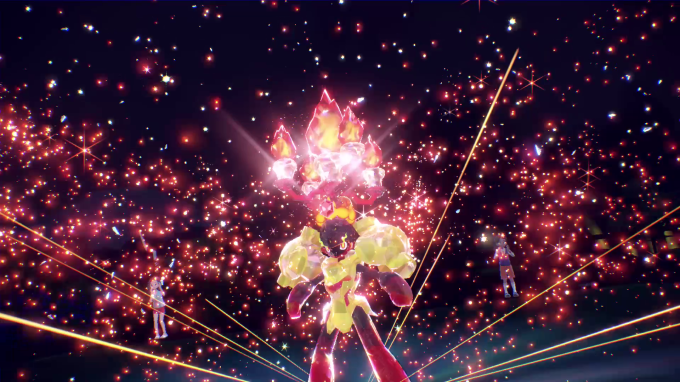 Pokémon do not always have the same shape as Terra. Therefore, one Pikachu may turn into a herbal type, while the other may turn into a fire type. But terra skins aren’t assigned completely randomly – if you encounter a Pokémon in a raid lair, there’s a higher chance it will have a rare tera shape.

Online raid battles were introduced in “Sword & Shield”, but the battle system in “Scarlet & Violet” is much more attractive. It’s a similar format – four trainers fighting rare and powerful Pokémon – but the updated system is no longer turn-based. So, if your fellow coaches are taking too long to cheer you up or attack your boss, it won’t be annoying. Soon, you can catch the adorable Terra shape.

As a Pokémon fan, I am totally pleased with “Pokémon Scarlet”. Give me more games! I love little pocket monsters!

As someone whose job is to think critically about games… it’s a bit more complicated. If you’ve liked “Pokémon Sword & Shield” and “Pokémon Legends: Arceus,” you’ll love “Pokémon Scarlet & Violet,” even if you feel a bit repetitive. But if you already thought the graphics from “Sword & Shield” sucked, or that Charmander is a class traitor because he was the only Kanto writer to initially appear in the game), you might be less enthusiastic. But will it soften the blow if I tell you I don’t think Charmander will appear in Baldia (yet)?

This is the problem with Pokemon. Game Freak and Nintendo both know that no matter what they make, people will buy it, because we are simply pawns in the Pikachu machine. So why not produce as many games as possible as quickly as possible? But as we pay Big Eevee™ $60 per game, we might just wonder how good Scarlet & Violet would be if there was an extra year to develop the new version.